Here is a selection of our photos from the first two weeks in Nepal. We entered the country at its far western border post with India and continued to cycle along the flat Terai – the lowlands that contrast strongly with the Himalaya to the north. The area was traditionally populated by the Tharu people, lowland dwellers than relied on the dense forests to live and survive. They moved little and as a result had culture and language that was very distinct from other groups within India and Nepal, they still predominantly live in houses built from the materials that surround them. The Tharu were well known for their ability to live in areas with high malaria risk that seemed to kill outsiders, modern research has shown genetic differences that allowed a certain level of immunity and incidences of malaria seven times lower than other Nepalese ethnic groups. In the 1950s the WHO supported the Nepalese government in a massive lowland malaria reduction campaign, this resulted in a large influx of people moving from the mountains and northern India to take advantage of the relatively underpopulated, flat, fertile forest land. A considerable amount of forest clearance occurred and many of the Tharu were marginalized by the newcomers. Few tourists make it this area and we were warmly welcomed.

In addition we also visited two national parks – Shukla Panta in the far west and Bardia – large areas of land set aside to preserve the original forest. In Bardia we joined two other people for a relaxing rafting trip down the Karnali River – the longest in Nepal. We were lucky to see very rare wild rhinos, not so rare snakes and fortunately no more tigers.

No photos of mountains here, it is flat and hot! 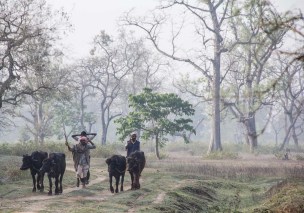 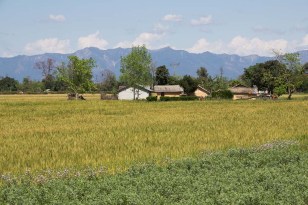 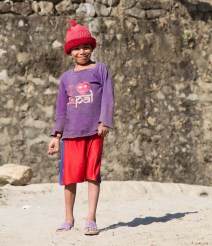 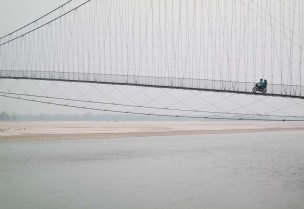 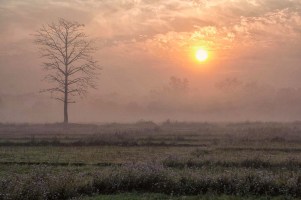 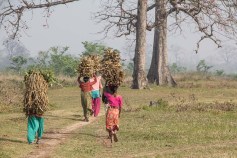 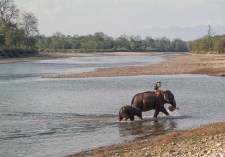 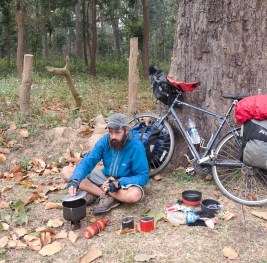 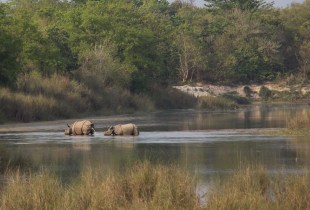 Two rhinos… one having a wee. 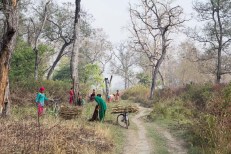 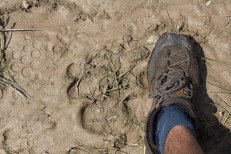 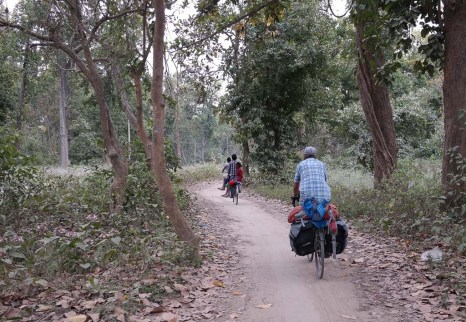