Yesterday was the Hindu festival of Holi – the festival of colours. Talking to people in Agra, it wasn’t particularly clear what the festival symbolises or the reasons for its origin, but everyone knew what the day involved – throwing colourful powders, spraying people with water and if you are a guy above the age of 16 then drinking to excess and consuming bhang! 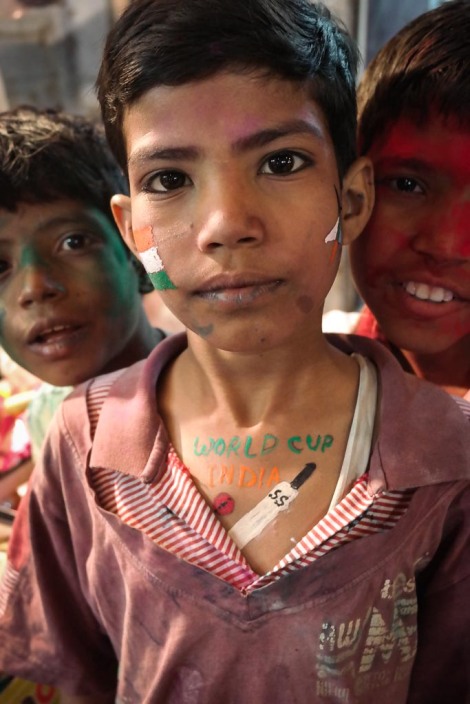 The excitement began the night before, a small group of us bargained our way around the bazar to stock up with coloured powders, water pistols, cheap t-shirts and any other items that caught our eye. In the evening, away from watchful eyes of adults, children started early and many people were out with their faces painted. There was lots of music and dancing in the streets, but with the only people out being drunk young men it wasn’t particularly safe. Later in the evening bonfires were lit across the city, many of them dangerously close to buildings!

The festival of colour marks the beginning of spring and signifies brotherhood and unity, with the intention of forgetting differences and having fun. We found a small group of people and left our hostel in the morning to take part, it wasn’t long before we were the focus of attention and had plenty of paint on our faces. We walked down some of the smaller streets near where we were staying and were blessed by many people, attacked by many children and dragged to dance by many drunk guys. We were invited up to someones house for some food and drinks where we could recover from the madness below and watch the streets from their roof.

By 12 in the afternoon we started to head back, even though we were in a group of 5 it wasn’t  particularly safe for women. Although it is supposed to be lighthearted we had to continuously push overexcited Indian men away and keep some distance between the more drunk guys and the two girls in our group. Once again India’s ugly attitude to women, especially its attitude to foreign women showed its face.

We battled our way back to our hostel where we used the rest of our powder with passers by and each other. Overall it was quite a fun experience, but with too many Indian men desperately trying to grope women it became a tiresome battle of protection that become quite frustrating. Celebrating with older people or children was fun, the actions of others highlight issues that so many Indians try to defend – the country has a very shitty attitude towards women.

(we didn’t take a camera into town because of water/paint, hence most of our pictures are of us playing about when we returned!) 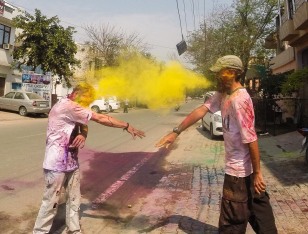 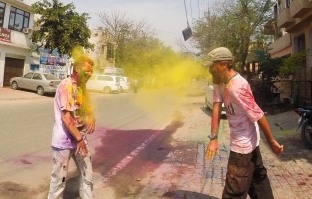 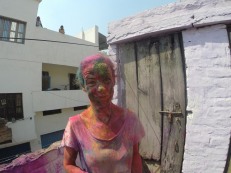 2 responses to “Holi festival in Agra”