Despite our great plans to get out for a cycle around to see the Mannar peninsula today, when we got up, the rain was coming down in buckets. It was much later than we had anticipated when we finally got to leave the guest house and go for breakfast. We headed to the hotel, that isn’t a hotel, where we had had our dinner yesterday. The food was good and sowe figured we could fill ourselves there before getting out to see things. Straight after breakfast, we headed to the poruguese/Dutch fort overlooking the sea and the causeway. As we got towards it, there was what appeared to be a military barrier on the road. But with clear evidence that everyone else had clearly just driven around it, we decided to do the same. The fort is old and crumbling but there’s enough left intact so that you can imagine the way it was laid out and there are some really interesting and astonishingly well preserved tombstones there from when the Dutch were the colonial power. While strolling around, we noticed some guys measuring different aspects of the building and it transpires that they are archaeologists who are starting the work required to reconstruct it. 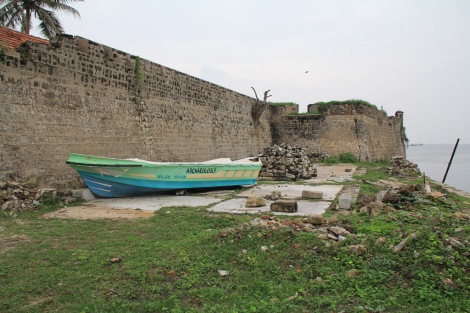 After our visit to the fort, we headed beack to headquarters, the sky was looking dark and it wasn’t long before the drops were bouncing off the ground again. The torrential rain saw us cooped up for another while and hen it eventually died off, we quickly grabbed our bikes and headed off to attempt to see a bit more. We started by seeing a boabab tree that was supposedly planted “in or around” 1547 by Arabian Sailors. Rumour has it, it was planted to feed their camels. It is massive and is currently under the care of St. Anne’s church who’s worshippers seem to have placed a few odds and ends within it’s nooks and crannies. 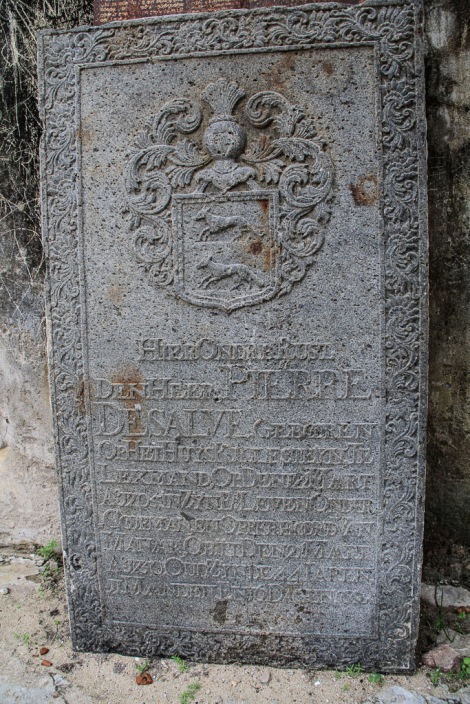 Despite the drizzle, we decided to carry on along the coast. We watched fishermen repair their nets and head out to see and generally were enjoying our cycle, when the weather decided once more, to hsow us what it’s worth. With visibility next to nothing in the heavy rain, and already soaked to the skin, we decided to abandon our tour of Mannar and to head back to base. The rain has continued all afternoon and we have decided that it is not worth heading out for food but to cook for ourselves here. To that end, I donned my already saturated clothes and headed out to secure the supplies necessary.I started by getting some samosas and flat breads from a small eatery close by. All the while, getting called ‘sir’ by everyone. Apparently with my hood up, I’m easily mistaken! After a couple of stops for fruit for the morning and drinks with dinner, I finally found a veg shop so I could get some chillis. When I explained the old man that I wanted chillis, there ensued a conversation where he told me they would be too hot. Once I had convinced him that I knew what I was doing, he agreed to sell them to me and asked how many I wanted. When he handed over the two I had requested, I asked him how much it would be. He looked at me almost distraught. “I can’t weigh two chillis, they’re too small!” And so I asked him the price per weight. Looking at the two chillis in my hand and considering them versus the 100 rupees (50p) per kilo price tag, I handed over 10 rupees (5p) and considered it a bargain, yer man was happy with his deal too and I parted with a smile, off home to show Sam my evening’s bargains.
We had the most amazing dinner of dhal, short eats and parotas and I am currently lying, unable to move, like a snake that has eaten an entire sheep! If the rain doesn’t let up tomorrow, we’re going to be swimming to Jaffna! 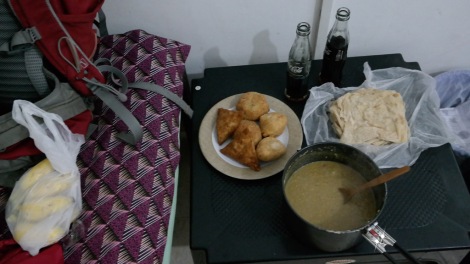